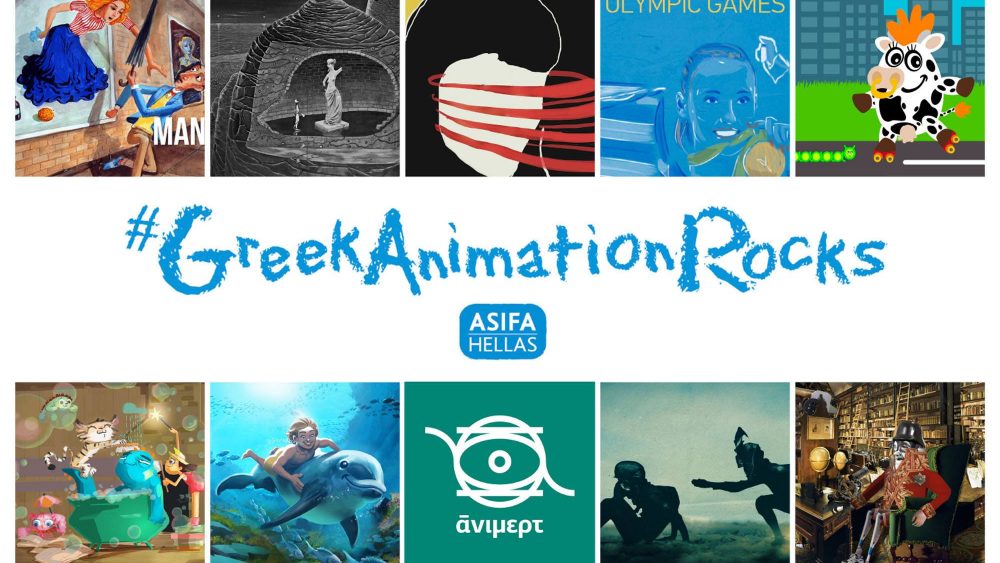 The Hellenic Animation Association ASIFA Hellas implements the #GreekAnimationRocks_at_Annecy  action, with the support of SecGen for Media & Communication of the Greek Film Center and the Institut Français d’Athènes.

The action will be implemented for the second consecutive year within the framework of the Annecy International Animation Festival (11-17 / 6/2017) and aims at highlighting and promoting the creative potential of Greece and the Greek spirit everywhere, seeking the greatest possible publicity as well as the extroversion of the sector regarding future productive actions and the realization of international co-productions.

In this context, the creation of a Greek pavilion is organized in the Agora of the international festival, as well as screenings of Greek animation production plans in the Video Library of the festival, speeches of directors who take part in the competition section, presentation in the international press of the new co-production view in Greece, distribution of promoting material for companies, festivals and schools operating in Greece and Cyprus and a networking event with international co-producers where the bilingual catalog of 70 years of Greek animation will be distributed, which was also published thanks to a donation from the Stavros Niarchos Foundation.

ASIFA HELLAS is extending an invitation to every creator and production company that is planning an international co-production of animations and has implemented a pilot audiovisual sample of the project, to submit a proposal for participation in the Action. ASIFA HELLAS is inviting creators from Greece, Cyprus and the Greek Diaspora, who wish to participate in the Action, to complete the application form and to contribute to the perfect presentation of their works by providing copies of films, design materials and photos of excellent quality (300 dpi) for printing on accompanying forms.

The deadline for submitting an application via e-mail is set for Monday, May 14, 2018. The final list of participants will be finalized on May 28 and will be officially announced at a press conference.

ASIFA HELLAS is known to the general public since the organization in Greece of the annual celebration for the World Animation Day (28/10). The main purpose of ASIFA HELLAS is to reinforce the visibility and promotion of Greek animation and the artistic and commercial activity of the creators and all kinds of artists of the art of animation both in Greece and internationally, using all available media, including social networks.