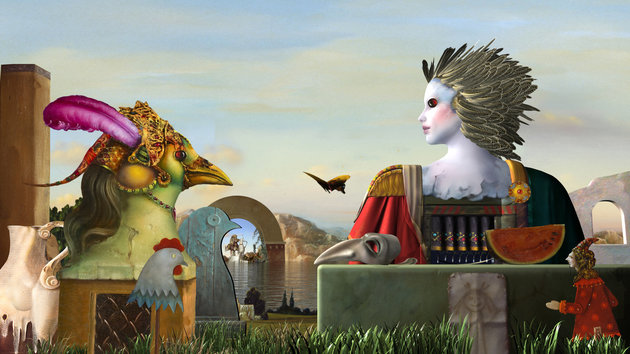 From Sunday, March 11, 2018 and for four consecutive Sundays, ASIFA HELLAS-Hellenic Animation Association organizes noon animation screenings from around the world at the DANAOS Cinema (109 Kifissias Ave., Athens, metro: Panormou) with the title ” Animation Matinees @ Danaos “, as part of the #GreekAnimationRocks Action.

All screenings start at 16.00 and the Greek animation schools and the important Greek festivals have been invited to present the films and the creators who were distinguished during their previous years. Therefore, on Sunday, March 11, anthologies of short films from the Animasyros festivals of Syros and Chaniartoon of Chania will be presented, mainly from the international production. The screenings begin with the stereoscopic (3D) screening of the film Enigma by Antonis Dousias and Aris Fatouros, which was awarded last year with the Iris Animation Award by the Hellenic Film Academy.

On Sunday, March 18, the Athens Animfest International Festival takes the baton, presenting the work of the charismatic Israeli creator and animation teacher Ronnie Oren and the work of his students.

The screenings close on Sunday, April 1, 2018 with a children’s program, selected by the Thessaloniki Animation Festival.

Each screening lasts two hours and has a general fee of 5 euros.